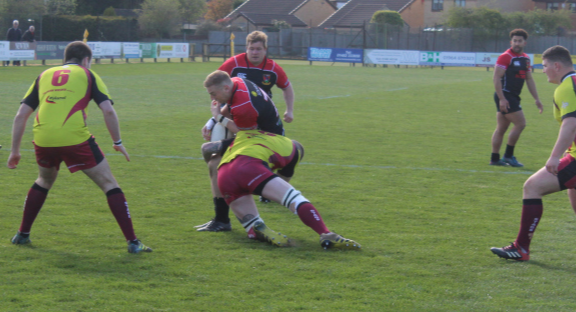 September 2, 2019September 2, 2019 Hullrugbyunion
Cameron Curry believes the momentum gathered from last season’s title winning season will serve them well on their return to National Two North.
The newly-promoted side are keen to prove they are not just there to make up the numbers in National Two North.
And after a tough pre-season in preparation for the challenges ahead, Curry feels the players are ready to make their mark at Huddersfield on Saturday.
“The lads are looking forward to a new challenge in National 2 North this season and there is a real buzz around the place,” Curry said.
“We’ve recruited well and there’s healthy competition for most positions now as well as depth in the squad which will be needed as the workload increases.
“Our pre-season has been focused on our playing structure from the start and we’ve had the ball in our hands from the get-go.
“Skills and fitness are high and we’re well prepared for the pace and physicality of National 2 North.
“Our pack has been dominant at scrum-time during our pre-season games while a few new faces in the back-line have impressed also.
“Huddersfield are one of the few teams in this league we’ve faced over the past few years and we’re all keen to get the season under way with a trip to Lockwood Park.
“It’s all about momentum and we’ll be looking to build on the success of last season’s league win and make our mark as the new kids on the block.”